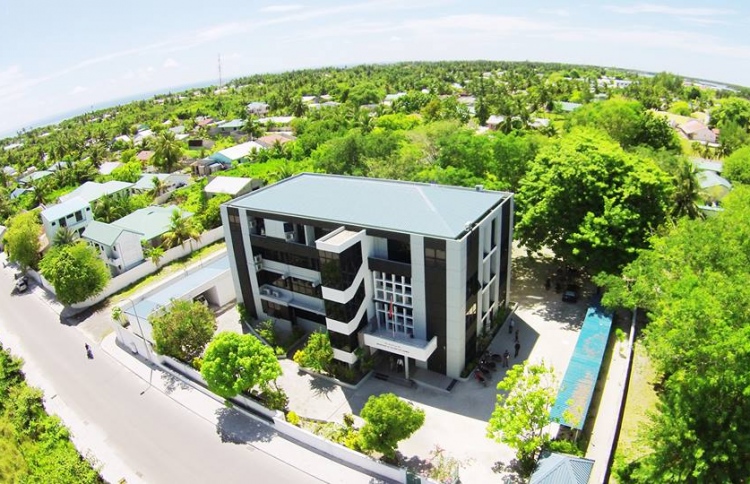 Addu City Council, on Sunday, revealed that tests for the COVID-19 virus will commence the following week.

This would mark the first time testing for the virus was made available outside of capital Male’ City.

“We have received information that the machine and all necessary equipment will arrive shortly and testing can begin next week”, said Soabe.

According to the Communications Undersecretary at the President’s Office Mabrouq Abdul Azeez, the recently installed ‘Bio Fire’ point of care machine can test up to 24 samples per day.

Expressing his happiness over the development, MP Nihad said that the move was prompted by the recent case involving a patient who tested positive for the virus in Addu City’s quarantine facility based at the Equator Village Resort, after returning from capital city Male’.

In response, the National Emergency Operations Centre (NEOC) on Friday stated that the 65-year-old female would receive treatment in the atoll.

As the nation gears up to commence testing in Addu City, the government has also previously affirmed plans to send equipment and personnel to the country’s north; Eydhafushi, Baa Atoll and Kulhudhuffushi, Haa Dhaalu Atoll.

According to Mabrouq, additional PCR machines will also be installed in both Addu City and Kulhudhuffushi City within approximately 10 days. The machines will be able to process 100-150 samples from each region.

Adding that the lab technicians required to operate the machinery have completed their required training in the capital city, Mabrouq said that although they are currently in transit-quarantine, the professionals will be able to resume work before machines are installed.

However, the spokesperson did not specify dates for when testing would commence in Eydhafushi.

With regards to private healthcare facilities that are seeking to begin COVID-19 testing themselves, in late May, Addu City’s AIMS Diagnostic Care said they had applied to start testing patients for COVID-19. Nevertheless, during the following week, it was announced that their permit was denied.

Addu Atoll administratively marked ‘Seenu’, is the second-most populous region in the country. Given its size, a number of voices within the Addu community have raised concerns over its inability to test for the virus.

Parliament Representative for Addu City’s Meedhoo Constituency Rozaina Adam claimed that, in her consultations with various persons within the government, she was given assurances that testing would be facilitated in the atoll by the end of May.

At present, the total number of cases recorded in the Maldives has reached 1513, among them 1,266 active cases, five fatalities and 242 recoveries.

The Maldives presently records a total of 1,977 confirmed cases, out of which 814 are active cases of COVID-19. The country records 1,153 recoveries and eight deaths.

WHO has classified the spread of COVID-19 as a global pandemic. The new strain of novel coronavirus has infected over 7.6 million people and claimed over 424,300 lives around the world. However, out of those infected, 3.8 million people have recovered.