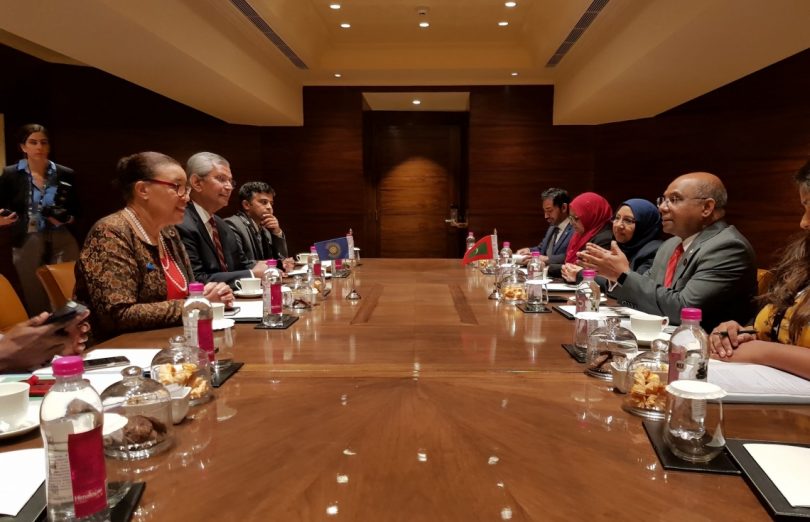 Leaders and representatives from the Commonwealth countries, including Maldives, held a virtual meeting on Wednesday, sharing solutions and ways of working that can help in combatting the impacts of COVID-19.

According to the organisation, “many member countries are facing unprecedented challenges due to the global health emergency and its economic and social ramifications”.

“These issues combined with the long-term threat of climate change and the ongoing cyclone, and impending hurricane season, means that COVID-19 is seen as a substantial “tipping point” threat that has the potential to push member states into a period of significant crisis if swift and coordinated action is not taken”. 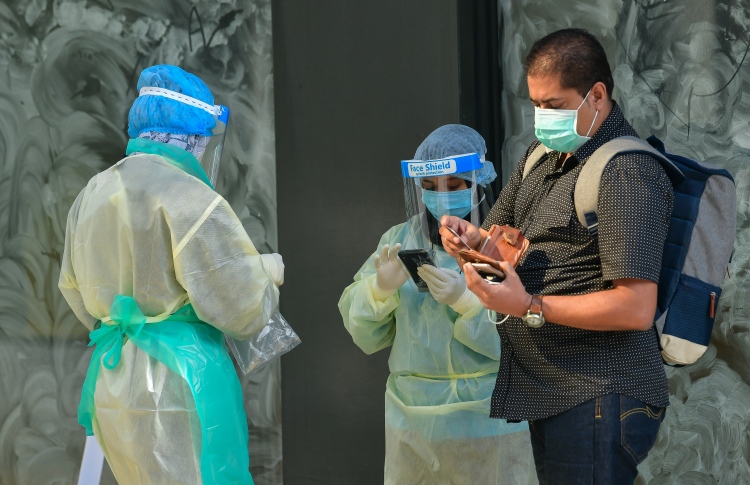 Health professionals collecting random samples on the roads of capital Male’, following the easing of lockdown measures for the ‘new normal’. Maldives is amongst one of the Commonwealth countries fighting against COVID-19. PHOTO: NIISHAN ALI

As of June 24, the Commonwealth records more than 1.37 million confirmed cases of the virus. However, seven-member countries are among the world’s 12 nations that have not reported any cases as of yet.

During the meeting held with significant support from member states, participants discussed and exchanged solutions on various issues including:

Moreover, participants noted that multilateral approaches are required to address all of these challenges and especially to support more vulnerable members such as the Least Developed Countries, Landlocked Developing Countries and Small Island Developing States, in light of the specific challenges they face.

According to the Commonwealth, this tool is designed to monitor and understand how the virus is impairing Commonwealth countries and which countries require the most help.

Prior to this meeting, Health Ministers from across the Commonwealth also virtually met on 14 May 2020 for their annual summit and agreed to coordinate their response in tackling the COVID-19 pandemic in their statements. 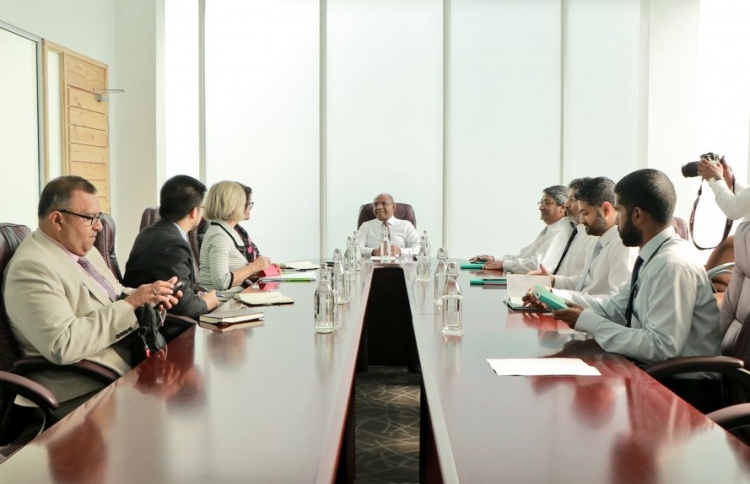 Minister of Foreign Affairs Abdulla Shahid met with the members of the Commonwealth Second Assessment Mission on August 28, 2019. PHOTO/FOREIGN MINISTRY

Maldives rejoined the Commonwealth on February 1, 2020, after quitting the international organisation during former President Abdulla Yameen Abdul Gayoom’s administration, after being threatened with suspension over its human rights record and lack of progress on democratic reform.

Since its reintegration into the Commonwealth, Maldives has taken an active role in participating in the organisation’s proceedings.

The Commonwealth is a voluntary association of 54 independent and sovereign countries. It spans the globe, including both advanced economies and developing countries, in Africa, Asia, the Caribbean and Americas, Europe and the Pacific. Its combined population is 2.4 billion, of which more than 60 per cent is aged under 30.

On March 12, WHO classified the spread of COVID-19 as a global pandemic. To date, the new strain of novel coronavirus has infected over 9.5 million people and claimed over 485,000 lives around the world. However, out of those infected, more than 5.1 million people have recovered.