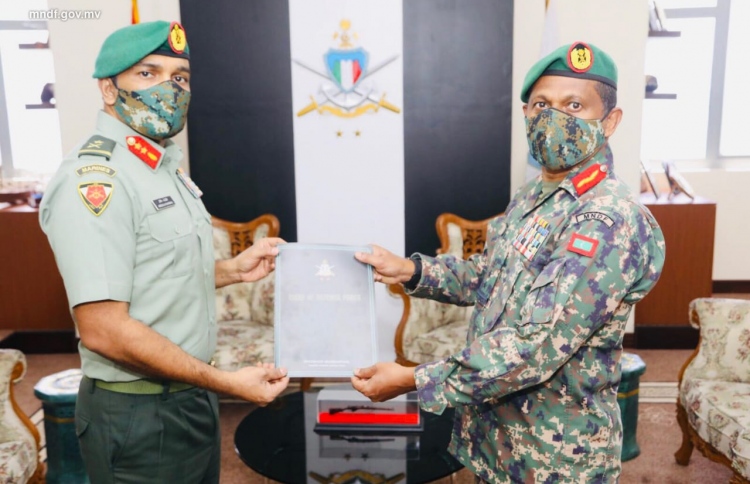 The Colonel’s letter of appointment was handed over by Chief of Defence Force Major General Abdulla Shamaal, during a special ceremony held at MNDF Headquarters ‘Bandaara Koshi’.

Hilmy was appointed to the position after his predecessor Colonel Mohamed Ibrahim’s tenure expired.

He previously served as the Central Area Commander from February 1, 2018, onwards.

The geographically displaced island nation is split into four regions by the defence force, out of which the central area headquarters is located in Kadhdhoo, Laamu Atoll.