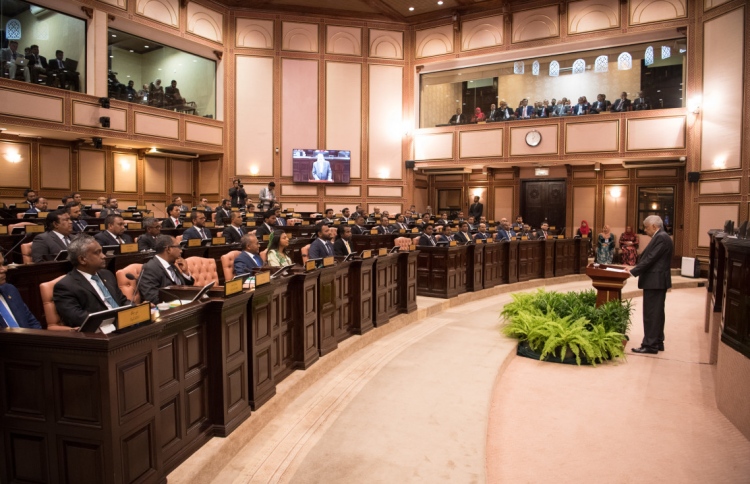 Prominent Lawyer Shafeea Riza submitted a letter to the Parliament on Sunday, requesting the relevant committee to look into the matter of Ministry of Finance and Civil Service Commission (CSC) adjusting the overtime pay for civil servants, under steps taken to reduce government expenditure amidst the ongoing COVID-19 pandemic.

According to Shafeea, who was formerly employed at the Attorney General’s Office, the ministry and CSC’s decision to only grant overtime pay for civil servants who put in more than 48 hours of work every week is a violation of the Employment Act and Civil Service Act.

In the letter addressed to Speaker of Parliament Mohamed Nasheed, she listed down all the concerning statements in the circular that are contradictory with the law.

The letter noted that the circular violates Article 163 of the Maldives Civil Service Act, which states that civil servants should receive overtime pay for any additional input after completing their working hours.

Moreover, it was highlighted that Article 32 of the Employment Act, which states that “no employee shall be required to work more than forty‐eight hours a week. This principle does not include overtime carried out in accordance with this Act” is primarily concerned with setting a limit to civil servants’ working hours, adding that the Act contains a separate Article (37) outlining the guidelines for OT.

Furthermore, it was noted that Article 32 is not about overtime pay at all, as per the Interpretation Act (Act No: 4/2011), which prescribe the legal principles to be considered in the construction, interpretation or application of Acts passed by the Parliament.

Therefore, the letter concluded that Finance Ministry and CSC’s amendment of the overtime pay policy contravenes with Article 37 of the Employment Act, which states that “employees shall not be required to work overtime except unless this has been agreed in the employment agreement”.

Shafeea further underlined that the Civil Service Act requires employers to pay overtime for every hour in addition to the daily working hours. She claimed that the alterations brought to overtime pay are forcing employees to work long hours without adequate remuneration, noting that Article 37 of the Maldivian constitution does not allow this.

“Their official working hours have not been changed, but they will only receive overtime pay after 48 hours of work, which means that after their office hours are over they are working for free until their 48 hours are complete”, she explained.

Referring to the aforementioned infringements, the letter requested the parliament’s committee to investigate the matter and hold the Ministry of Finance and the Civil Service Commission accountable for violating a basic right of the people.

Speaking to The Edition Shafeea said, “I think it is the responsibility of those who know the law to fight for civil servants, especially because this is a human rights violation”.

“They have to be held accountable and they have to explain themselves”.

Noting that an emergency situation, such as the ongoing pandemic, allows the state to restrict a lot of fundamental liberties, Shafeea highlighted the importance of such restrictions to be carried out in an appropriate manner.

The circular amending the overtime payment policy was met with concern and outrage from the public, especially from frontline workers and health professionals leading the fight against COVID-19, who have been contributing more hours at work than ever before while subjected to high-risk conditions and psychological trauma.

“But it is not just the healthcare workers who will be affected by this”, Shafeea stressed, “this will affect all civil servants”.

The virus outbreak in capital city Malé has recorded a significant increase in COVID-19 cases following the first confirmed local transmission on April 15.

WHO has classified the spread of COVID-19 as a global pandemic. The new strain of novel coronavirus has infected over 6.2 million people and claimed over 373,961 lives around the world. However, out of those infected, almost 3 million people have recovered.