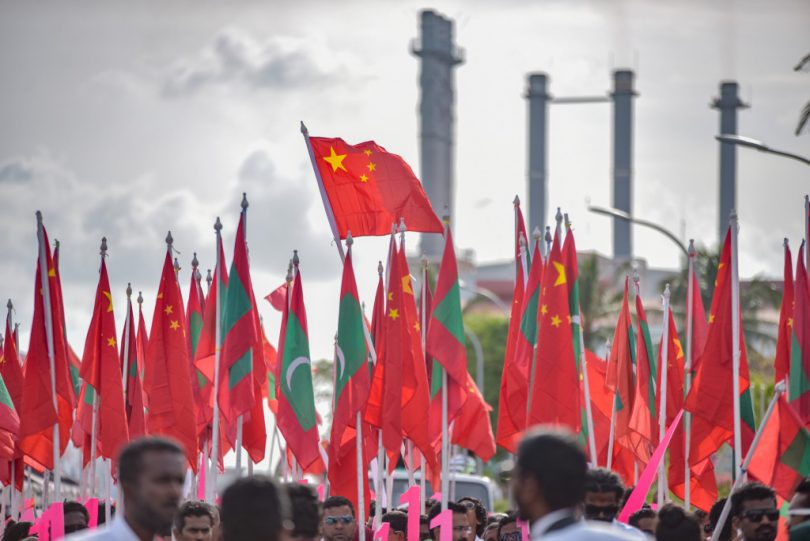 Editors Note: The following article was written by His Excellency Zhang Lizhong, the Chinese Ambassador to the Maldives. The article is recorded here as originally written. No changes have been made in phraseology, structure or punctuation.

The recent conclusion of the 5th Plenary Session of the 19th CPC Central Committee is a crucial meeting at the decisive historical moment for China, as the victory of the comprehensive building of a moderately prosperous society in all respects is in sight and the country is launching a new journey for comprehensively building a modern socialist country in all respects.

Since the founding of the P.R.C., the Chinese Government has carried forward the tradition to formulate five-year plans and 13 five-year plans in a row adopted so far have played a significant role in maintaining policy continuity and stability and promoting economic and social development.

The CPC has proposed the Two Centenary Goals for the socialist modernization of China and made strategic arrangements for achieving the second centenary goal in 2 periods, that is, to basically realize the socialist modernization of China by 2035 and build China a great modern socialist country that is prosperous, democratic, culturally advanced, harmonious, and beautiful by mid 21st century.

The 14th five-year plan will ride on the momentum to launch the new journey for comprehensively building a modern socialist country in all respects and march for the second centenary goal after the realization of the first centenary goal. The 14th five-year plan will serve as the guideline for economic and social development of China in the next 5 years.

This meeting has set two goals for future development of China.

The short-term goal is that China will uphold the new concept of innovative, coordinated, green, open and shared development, promote high-quality development, deepen supply-side structural reform, ensure both development and security, establish modernized economic system, build a new development pattern where domestic and foreign markets can boost each other with the domestic market as the mainstay, facilitate national governance system and capability and fulfill people’s ever-growing needs for a better life in the next 5 years.

The long-term goal is that China will make essential progress in establishing modernized economic system, facilitating national governance system and capability, enhancing the populace’s cultivation and social civilization, ecological protection, fundamental public service and opening-up and ensuring better lives and comprehensive development of the people and common prosperity for everyone by 2035.

In days to come, China will establish a higher-level open economy, comprehensively strengthen opening-up, boost international cooperation and realize mutual benefits. China will adhere to the principle of extensive consultation, joint contribution and shared benefit, stick to the vision of green, open and clean development, ensure high-quality development of the Belt and Road and actively participate in the reform of global governance structure.

In days to come, China is willing to share opportunities of development and welfare of cooperation with all countries including Maldives. China will draw impetus of development from the world and let China’s development benefit the world.