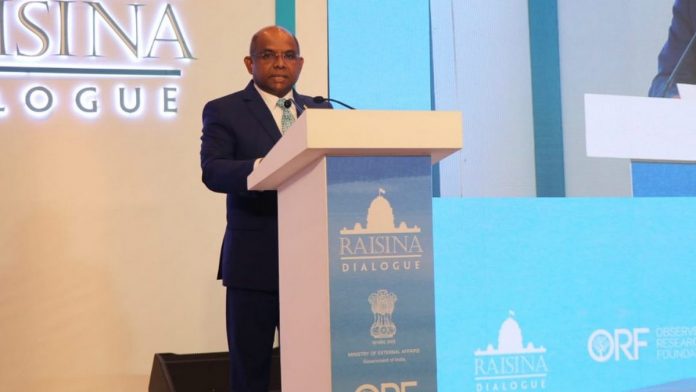 New Delhi: Maldives Foreign Minister Abdulla Shahid Wednesday described China as an “important” development partner for Male, saying it always has been and will continue to be one.

His comments come amid a reset in New Delhi-Male ties under President Ibrahim Mohamed Solih, after years of frost during the tenure of his predecessor Abdulla Yameen, who leant heavily towards Beijing.

Since Solih assumed office in 2018, Maldives has been seen returning to its historical ‘India First’ policy, while attempting to strike a balance between its relationships with Beijing and New Delhi.

Speaking at an event held by the country’s embassy in China to mark Maldives’ 55th Independence Day, Shahid said the bilateral relationship between Male and Beijing is “anchored” in a strong base of friendship and people-to-people ties.

“Maldives and China relationship is anchored on strong economic ties and strong bonds of friendship between the peoples of both countries. China has been and will continue to be an important development partner of Maldives,” Shahid added.

Honoured to take part in the event by @MDVinChina celebrating the 55th anniversary of #Maldives independence. China has and will continue to be an important development partner. pic.twitter.com/kUyVrZvRBd

In a similar vein, Shahid had said this January that the Yameen administration was “childish” to play India and China against each other as both are its allies.

Shahid’s statement comes days after New Delhi announced an air transport bubble with Maldives to help resurrect its tourism industry, which is among the mainstays of the country’s economy but has been left battered by the Covid-19 pandemic.

India has also announced a fresh $500 million package for the Maldives, which took New Delhi’s total loans and grants to Male past $2 billion. This was done keeping in mind the Maldives’ return to its ‘India First’ policy under Solih.

Bilateral ties between India and the Maldives nosedived under Yameen, who shunned ‘India First’ to embrace China. The Chinese tilt during the Yameen regime left the Maldives with a debt of about $2 billion.

During an interaction between External Affairs Minister S. Jaishankar and Shahid earlier this month, India had announced some major projects to boost connectivity and infrastructure in the Maldives and promote bilateral trade. Some of these megaprojects are the Greater Malé Connectivity Project and direct cargo ferry service between India and Maldives among others