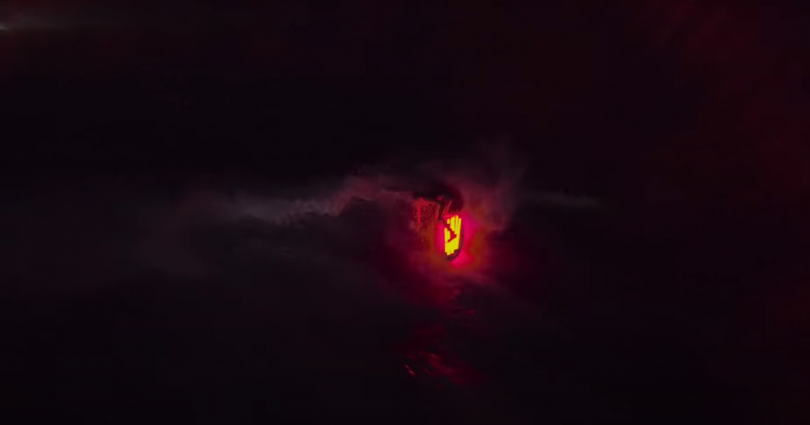 Night surfing is a novelty that will never stop being a novelty. It can’t possibly lose its charm. Even if one surfs at night often, they likely do it intentionally — a purposeful departure from the norms of daytime crowds. Or maybe you’re just one of those people who can’t bring yourself to get out of the water during a solid sunset session, somehow finding yourself still in the water two hours after the sun’s disappeared.

So no matter the reason, grabbing a board and getting in the water under the moonlight will be accompanied with some special vibes and special circumstances.

IN THE NIGHT, a new bonus edit from the documentary Bethany Hamilton: Unstoppable turns that up just a notch with Hamilton and Lakey Peterson surfing Pasta Point at night, equipped with LED lights along their boards. Two of the world’s best with one of the best waves in the Maldives all to themselves, basically making a Tron music video.

“There is just something magical about the idea of riding waves in the dark that make you feel like a kid again and although night surfing has many challenges the end result is both cinematic and inspiring,” says Aaron Lieber, who was one of the producers of the 2018 documentary and the filmmaker behind IN THE NIGHT.