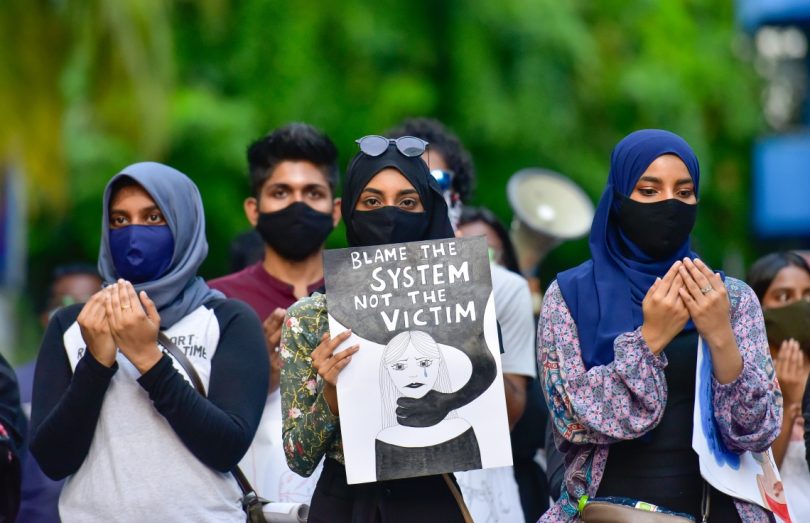 The virtual meeting, held during a time when the administration has come under fire over their meagre record of arresting and convicting child abusers and paedophiles, was attended by Attorney General Ibrahim Riffath, Minister of Home Affairs Imran Abdulla, Minister of Education Aishath Ali, President of of the Judicial Service Commission (JSC) Hisaan Hussain, and CEO of Local Government Authority (LGA) Fathimath Afshan Latheef.

Discussions revolved around how the aforementioned institutions will oversee the necessary tasks conducted in ensuring the Child Rights Protection Act and Juvenile Justice Act, with the assistance of UNICEF.

President Ibrahim Mohamed Solih ratified both the Child Rights Protection Act and the Juvenile Justice Act on November 20, 2019 on the 30th anniversary of the Convention on the Rights of the Child. The Child Rights Protection Act came into effect on February 20, and the Juvenile Justice Act is slated to come into effect later in November.

The amended Child Rights Protection Act outlines the rights and responsibilities for children, and duties of the state, community and parents to protect these rights. The Act also seeks to reduce disparities between the previous law and international child protection laws and standards.

Additionally, the reconstituted Act includes amendments which protect children from discrimination, bias, harm, cruel punishment, neglect, and physical and emotional abuse, and raised the legal age of consent for marriage to 18 years, while protecting children below the age of 15 against all regular judicial punishments.

Provisions such as the right to education, right to health care, and special provisions to protect the rights of children with special needs are included as well.

The ratified Juvenile Justice Act outlines the rights of children and adolescents who conflict with the law or get immersed in violence, juvenile delinquency, and means to prevent juvenile delinquencies. The bill also prescribes a swift resolution to allow reforming juvenile delinquents into productive members of society through rehabilitative facilities.

The Act directs the constitution of a Department of Juvenile Justice, a specialised police department to address juvenile delinquencies, designated State Prosecutors for children, a particular unit of probation and correctional officers, a juvenile diversion programme, rehabilitation programmes, and residential facilities and correctional centres.