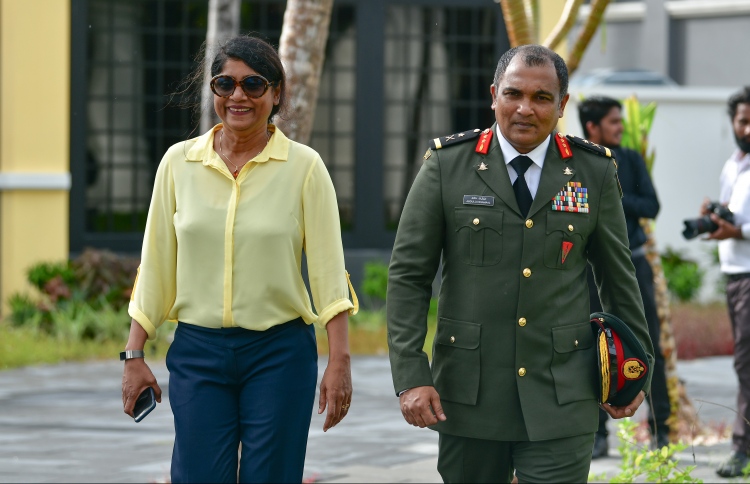 The Auditor General’s Office, on Tuesday, stated that the Maldives National Defence Force (MNDF) had adhered to the Public Finance Act and regulations of the Ministry of Finance, with regards to expenditure on the COVID-19 response.

As per the report, MNDF had only spent MVR 5 million from the total budget of MVR 17 million allocated for COVID-19 related expenditure of the government.

With an allocation of MVR 3.2 million, the defence force spent the highest amount on refuelling marine vessels deployed in the nationwide COVID-19 response. Maintenance and repairment costs ranked second, accounting for MVR 1 million.

The Auditor General’s (AG) Office recently released compliance audit reports concerning the COVID-19 related expenditure of the Ministry of Health and the Ministry of Tourism.

It was revealed that the Ministry of Health had spent millions in violation of the Public Finance Act, whilst claiming to procure ventilators and other medical supplies.

Per the audit, health ministry’s negotiations with Executors General Trading were rife with corruption, including claims that the order was placed following a recommendation by the World Health Organisation (WHO). The state has already paid MVR 30.9 million for the ventilators, covering 90 per cent of the total cost of MVR 34 million.

The AG Office also noted that agreements signed with Naadu and MedTech Maldives were formulated in a manner damaging to the state and seemingly, deliberately steered towards enriching certain entities.

The tourism ministry’s audit report revealed that over MVR 26 million was spent on expenditures outside the ministry’s mandate, between January 2020 and till the end of June.

President Ibrahim Mohamed Solih lodged the violations noted in the audit report at Maldives Police Service and Anti Corruption Commission (ACC). The two institutions will conduct a joint investigation into the case.

Amidst public uproar and harsh criticism from the ruling party, Health Minister Abdulla Ameen addressed a letter to President on Monday night, recusing himself from his duties till the end of investigations.

Following this, Minister of National Planning, Housing and Infrastructure Mohamed Aslam was temporarily chosen to spearhead the health ministry on Tuesday.

Members of the health ministry’s bid committee were also placed under suspension in connection to the ongoing investigation.