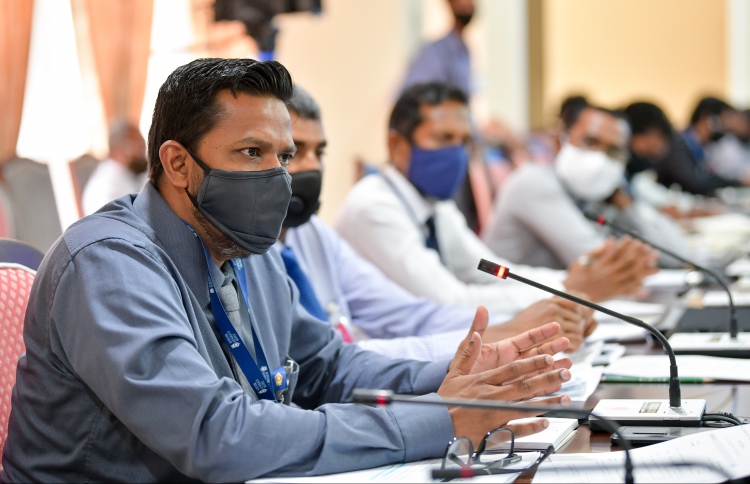 According to the compliance audit publicized by the AG Office, problems were flagged in Aasandha and NSPA’s expenditure on assisting Maldivians stranded abroad by COVID-19 travel restrictions.

NSPA, which had announced a policy of extending assistance to Maldivians that had travelled to seek medical treatment and booked return tickets for dates following March 1, was revealed to have issued MVR 150,000 to 26 individuals that did not forward their flight ticket copies. It was noted that key details regarding these individuals were not recorded in official documents.

Additionally, the audit report highlighted that Aasadha had disbursed MVR 116,000 to three individuals well before their departure dates.

It was also noted that four individuals received funds from both Aasandha and the Ministry of Foreign Affairs, with more than MVR 21,000 being issued to four people.

Furthermore, the compliance audit revealed that Aasandha had transferred MVR 9,000 to an individual after the institution was informed of his death.

In several instances, stranded individuals were given excess funds or dis not receive the required amount.

Responding to the aforementioned issues, Auditor General Hassan Ziyath instructed Aasandha and NSPA to collect the funds distributed in excess and hold negligent employees accountable for their mistakes.

On May 20, the parliament decided to mandate quarterly audits of government expenditures on COVID-19.

Subsequently released audit reports on the Ministry of Tourism and Ministry of Health brought to light major acts of corruption in the ministries’ COVID-19 spending, sparking public outrage and official investigations. Currently, the Anti-Corruption Commission (ACC) is probing the issues highlighted in the tourism ministry’s audit report, as well as conducting a joint investigation with Maldives Police Service into the health ministry’s expenditures.

The Auditor General’s Office has revealed that the COVID-19 expenditure of the foreign ministry and the Maldives National Defence Force (MNDF) was lawful and in line with relevant regulations and policies.