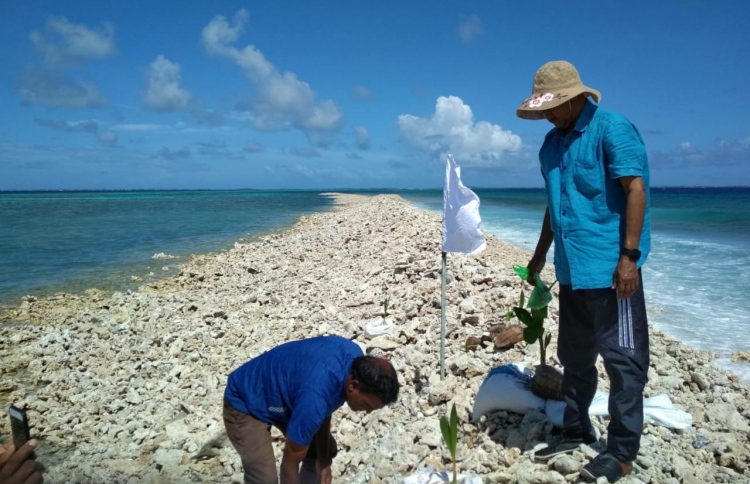 Following weeks of storm surges and sea swells across the Maldives in mid-July, the people of southernmost Addu Atoll were excited to discover a newly formed islet this week.

The islet or ‘huraagandu’ in local Dhivehi language, located near Ismehela Hera, was first observed by the residents of nearby Hulhumeedhoo.

Speaking to The Edition, Ali Wafir of local NGO ‘Nalafehi Meedhoo’ stated that the islet was estimated to be over 3,000 feet or a kilometre long and between 20 to 25 feet in width, with an average height of eight feet above sea level.

“It is made up mainly of rocks, ‘akiri’ and ‘hathaa’ (coral and porous coral stone) deposited during the storm surges”, he added.

Wafir revealed that a team from Nalafehi Meedhoo visited the islet this week in order to plant palm trees and Magoo (Sea Lettuce).

Although the new islet has been brought to the attention of Addu City Council, it is yet to be officially recognised and named.