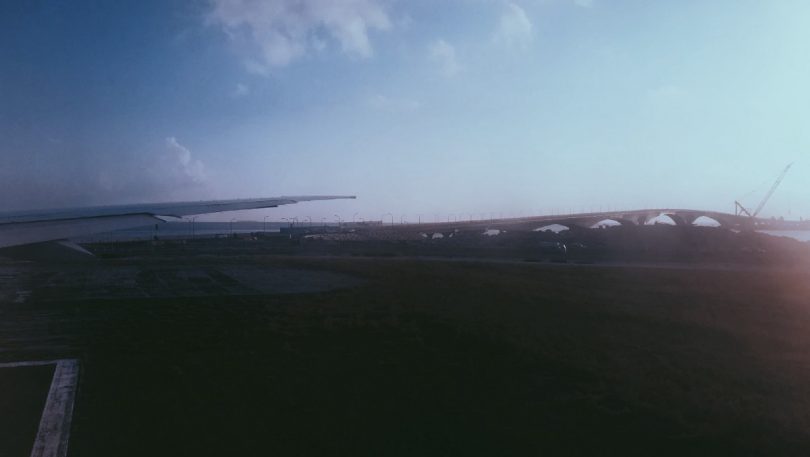 There is a lot that is happening right now on social media and in the midst of all that, a topic that looms in the air is whether or not Maldivians are allowed to say racial slurs. This is a question that has not been answered clearly. Different takes and arguments have been made and educated within the Twitter community but it seems that this topic is still misunderstood. The problem is not one of being uninformed, the problem is pride and unwillingness to understand societal issues.

Racism and xenophobia are rampant in our community especially towards expatriate workers who are being exploited and abused by the corporations and people who ‘hire’ them. They are provided with the worst accommodations where more than 10 people are forced to live in a little room together. They are deprived of multiple basic human rights, necessities, equal or even fair pay. Discrimination against the Bangladeshi, Indian, Sri Lankan and Nepalese community in the Maldives is still prevalent to this day and there seems to be no end in sight to this.

Expatriate workers have been protesting about their unfair living conditions, lack of equal pay, hate crimes, lack of medical assistance and unsafe work environments for so long. Since the pandemic hit the Maldives, the abuse of expatriate workers has increased. They have lost their jobs and are being evicted out of their homes with no place to stay. They are not provided with necessities. When they speak up about their injustices, their voices are silenced. When expatriate workers ask for better healthcare and protest the state’s negligence, they are arrested and beaten.

The government and local authorities either do not acknowledge their struggles or they remain willfully ignorant. Their efforts to help these expatriate workers during the pandemic has been met with much criticism since the isolation facilities they are housed in are low priority and badly organised. The number of positive and pending cases raise each day while xenophobic Maldivians barely mask their hate as they complain about these expatriate workers not being socially distanced — ignoring the fact that it is not their fault they are being forced to live in such small, congested spaces. In reality, it is the fault of the companies that ‘hire’ them. These companies that exploit them and treat them unfairly because Maldivians as a society consider expatriate workers inferior to them; after all, they would not be so poor if they just worked harder, right?

I wanted to highlight these issues because their lives are as important as every minority in the world. The issues that I mentioned previously are just some of them. To understand racism from an international perspective, we must first help the people that are being exploited and abused in our country. It is important to have a discussion about anti-blackness, racism and xenophobia in the Maldivian community. It is important to educate ourselves on these problems.

The topic of anti-blackness and racism has been discussed for many years on small scales, but it has never been the main headline during the 8 o’clock news. This discussion starts with the matter of Maldivians being extremely comfortable using a racial slur against Black people. The word has been reclaimed by Black people, and Maldivians seem to think that we too, are Black. The argument is that we are allowed to use this language because we have ancestral roots in Africa. This is ridiculous on many grounds. We have never been labelled as ‘Black people’ in our country. We have never claimed to be ‘Black people’. We were not raised in a ‘Black community’. We are not familiar with ‘Black culture’. We do not know or experience the struggles of living as a Black person in our country because we are not Black people. Our ancestral roots in Africa are apparently not relevant to us anymore, because we never talk about it, and we never pay attention to it. We definitely should, but as a people, we do not.

No, you cannot claim to be a different race just because of one of your great-grandfathers, and start using the reclaimed slur. That is not how it works, it works by understanding the history and meaning behind a word that dehumanizes Black people and why they claimed it.

By definition, racism means ‘prejudice, discrimination or antagonism directed against someone of a different race based on the belief that one’s race is superior.’ While this definition is simple and provides an understanding of what racism means on an individual level, there is another way to define it. The term can also be defined as, a social and political system that discriminates and functions as if one race is superior to the other race(s).

“… the term racism is usually seen as synonymous with discrimination or prejudice against black people by white people.”

The social and political construct of race was used to systematically conquer and steal native lands and their resources, erase their cultures and introduce them to a more ‘civilised and modern society’. Indigenous and Black people are the victims of slavery, genocide, colonialism, rape, apartheid and harassment for many centuries. This systematic oppression was used as a tool of power to discriminate and oppress Black and Indigenous people for many years. Even though overt colonialism and chattel slavery have been eradicated in the US many years ago, this systematic oppression continues today in other forms such as incarceration and police brutality etc, collectively known as systemic racism.

When discussing the racist history in a country that has normalized oppressive systems, it may be very uncomfortable. The reason you feel discomfort is all the more reason why we must talk about these issues. Racial slurs against Black people, in the context of African American enslavement, was used as a way of possessing and dehumanizing slaves. It was a term that is used by slave owners, slave traders and slave patrols. It was used to degrade enslaved African Americans for over four centuries. Historically, the word was used as both label and innuendo, to imply and define Black people as subhuman property to be owned, used, traded and discarded by the white slavers, slave masters, and the families that chained these slaves, who saw themselves as the superior people. They saw themselves as civilized, as opposed to barbaric; educated, as opposed to ignorant; righteous, as opposed to evil; light as opposed to dark.

Now, this word has been reclaimed by Black people as a way of finding empowerment through the collective pain that was inflicted by their white oppressors. They reappropriated the word as part of the process to reverse the stigma. Unfortunately, racial slurs are still being used against Black people today by police, white supremacists and non-black people.

Black people have been historically oppressed by White Americans, Europeans, and even Asians. Racism is apparent in any society. In a Maldivian context, yes, their struggles are not our struggles. Their history is not our history. We HAVE gone through a racist and systemic struggle that discriminates and dehumanises us: colonialism. And yet, we do not use the coloniser’s slurs, because we were not displaced from our birthplace and forced to integrate into a system that was actively hostile to us. Our claim to Africa stops at our African roots. We need to stop dancing around this topic of whether or not Maldivians can say the N-word when it is obvious that we cannot and we should not.

We must understand the history of racial slurs in America against Black people and why non-black people should not say those words. I hope that this article helps you understand the negative impact of that word, especially when it comes from a non-black person. Anti-blackness is prevalent, and racism does exist in our community. There are words in our Dhivehi vocabulary such as ‘baburu’ and ‘kalhumeeha’ that directly insult Black people. It does not matter if the context of the argument is targeted to a dark-skinned Maldivian (and we know that colourism is an issue in our community too). I am discussing the importance of erasing these slurs when discussing the issues of anti-blackness in our community. We all know that when these words are used in that context, it is used to dehumanise them.

The word now carries more contextual meaning beyond slavery and genocide. It carries institutionalised racism and racial discrimination against Black people. To this day, this has not been vanquished in American society. So it is very simple, non-black people saying racial slurs are racist. It is that plain and simple. You are not responsible for the racial inequality in America, but the least you can do is to refrain yourself from saying racial slurs.

To end this article, reflect on the history and why non-black people should not say racial slurs. Reflect on the xenophobic and unfair treatment against the Bangladeshi, Indian, Sri Lankan and Nepalese community in the Maldives. Maldivians who are extremely xenophobic towards expatriate workers need to understand that their hatred toward expatriate workers are harming migrant workers. If you choose to stay silent when they are demanding their rights — basic human rights — you are part of the problem. You are part of the system that fails to see their issues and hear their voices. It is a choice if you turn away when they are demanding to be given fair treatment in a community where they have contributed more to the country than you have. Maldivians must stop using terms such as ‘bondhu’ and ‘bangaalhin’ to degrade them as low-life subhuman beings.

I believe that it is a privilege and a choice for some people to ignore these issues. It is important that you reflect on your actions and correct them. Hold yourself accountable. Educate yourselves by listening to them and by understanding their issues. Stop using derogatory terms to discriminate and further dehumanise migrant workers. It is your responsibility to unlearn this behaviour and dismantle the system.