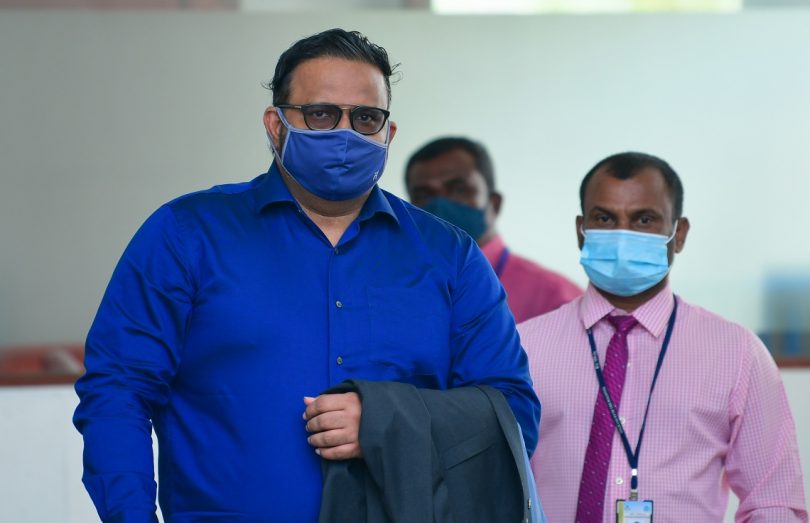 In a letter addressed to the president, the international human rights watchdog highlighted the lack of necessary treatment options available for Adeeb in the Maldives.

“Given that Adeeb’s medical concerns are unable to be treated in the Maldives, his legal team first filed a request with the Maldives Correctional Services in 2016 to allow him to travel abroad to seek specialised treatment. That, and every subsequent request for additional treatment, during the previous administration, was denied”, read the letter.

During the previous administration, Adeeb retaliated saying that he was denied medical treatment in violation of the Prisons and Parole Act. He further noted that his rights were withheld even after he took the matter to court.

“As a state party to the International Covenant on Economic, Social and Cultural Rights, the Maldives is legally obliged to respect, promote, protect and fulfil ‘the right of everyone to the enjoyment of the highest attainable standard of physical and mental health'”, noted Amnesty.

“As you will be aware, failing to provide adequate medical care to prisoners is a violation of the Maldives’ international human rights obligations”.

Adeeb is reported to suffer from a number of serious health issues, including glaucoma, kidney stones, sleep apnea, internal cysts, and syncopal attacks

During his trial over the MMPRC corruption case, Adeeb had entered a confessional agreement with the state over his charges. However, during the final hearing held at the Criminal Court in July this year, Adeeb declared that he signed the agreement in order to attain permission to go abroad for medical treatment due to his sickness at the time of his incarceration.

During his verdict hearing, the Criminal Court decided that there was no room to pursue the charges against Adeeb. Dropping all charges against the former VP, the court deemed that the state had “wrongfully” entered a confessional agreement with him.

Judge Ismail Rasheed, who has now been suspended by the Judicial Service Commission, asserted that every detainee had the right to medical care and it was the state’s responsibility to provide treatment for inmates.

Noting that the state does not have the power to demand a confession for certain crimes in return for medical treatment, Judge Ismail had further highlighted that doing so can be considered an act of torture.

After the Prosecutor General’s Office appealed the Criminal Court’s decision at the High Court, the court has ordered to remand Adeeb until the end of his appeal process.

The High Court made the decision to remand him, citing the risk of Adeeb attempting to flee the country again.

Prior to his hearing, the Criminal Court had also implemented a travel ban on Adeeb.

On August 1, 2019, Adeeb had attempted to escape aboard a Singapore-flagged tug named ‘Virgo 9’, posing as a crew-member. Indian authorities intercepted the former vice president off the coast of Tuticorin Port, Thoothukudi. He was extradited on August 4.

In 2016, during former President Abdulla Yameen Abdul Gayoom’s administration, Adeeb was sentenced to 33 years in jail over his involvement in the MMPRC graft, for orchestrating an assassination attempt on President Yameen, and weapons possession.