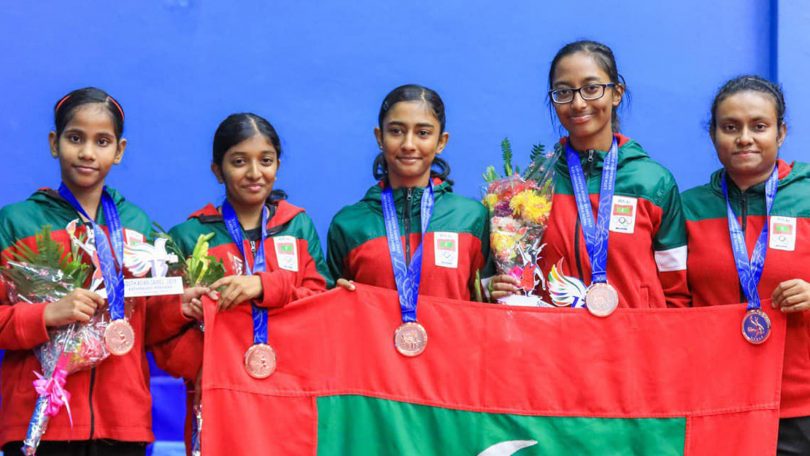 Table tennis is a sport with a vast global reach – played in 226 territories worldwide, one such territory looking to leave its mark is the Maldives.

Situated southwest of Sri Lanka and India, Maldives is the smallest country in Asia spanning 298 square kilometres. However, one of the sport’s exciting stories is beginning to blossom on the island nation with the country handing the baton to its younger generation.

In January this year, the Table Tennis Association of Maldives received a special guest in ITTF President Thomas Weikert. Holding meetings with several important figures during his visit, Thomas and the association held constructive talks focused on a number of subjects, one of which was the country’s youth development.

Many countries are beginning to turn their attention to younger players since the emergence of the likes of Tomokazu Harimoto and Mima Ito in recent years. Meanwhile, the odd promising player is beginning to find its way into senior teams in many countries, the situation in the Maldives is even more ambitious with three of the country’s top five female representatives in the world rankings still in their teenage years!

One player, in particular, outlines Maldives’ brave vision for the future with Fathimath Dheema Ali standing front and centre. Only 12 years of age, Fathimath is the country’s highest-ranked player on the international stage at position no.376 in the world – a terrific achievement considering how far she has come since her historic outing at the Liebherr 2018 World Team Championships.

No world ranking to her name at the time, Fathimath made headlines at the tournament in Halmstad as she led Maldives’ third division challenge. Fathimath was the youngest player on duty at the event, aged just 10 at the time!

“I have learned a lot from competing in Sweden particularly on the need to work hard as well as believing in myself.” Fathimath Dheema Ali.

Fathimath wasn’t the only bright young spark in Maldives’ player line-up. Aishath Rafa Nazim, aged just 14 at the time, made her second World Championships appearance in 2018 having debuted at the event two years earlier. The Maldives finished 71st overall in Halmstad, but much progress has been made since.

Competing at the 2019 South Asian Games in Nepal, eyes were understandably fixed upon the Indian table tennis contingent who were widely tipped to collect gold, a feat they achieved with flying colours winning seven gold and five silver medals. However, another headline-making act came courtesy of Maldives’ women’s team.

Playing with an air of freedom and exuberance, Maldives enjoyed a historic campaign in Kathmandu with the team claiming its first-ever table tennis medal at the event, finishing third. Offering the younger generation a chance to thrive, Maldives is beginning to reap the rewards.

Exciting times lie ahead for Maldivian table tennis, this could be the start of something very special indeed!