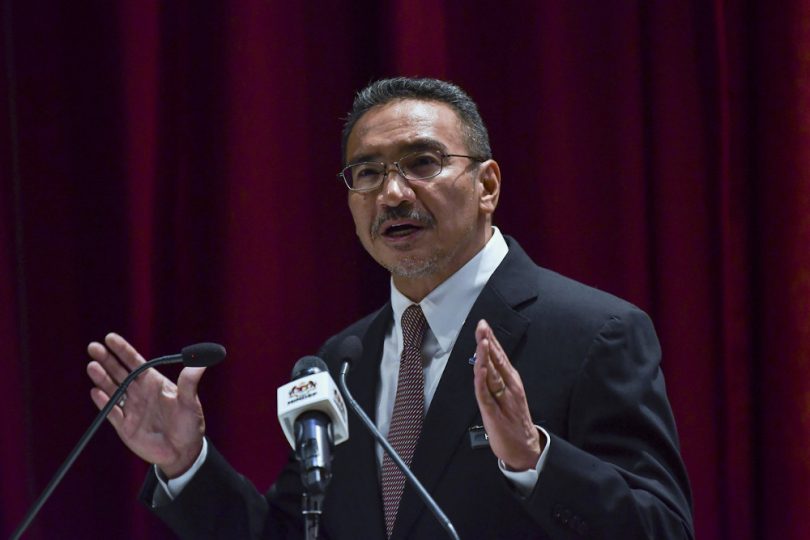 WZR executive director Wan Nadzir Wan Mohamad earlier said that the company will be seeking help from Wisma Putra as well as Foreign Minister Datuk Seri Hishammuddin Hussein to ensure that the company is paid by the Maldives state-owned company. — Bernama pic

KUALA LUMPUR, July 9 — A company owned by the Maldives government intends to work out a way to proceed with a US$155 million (RM661 million) contract with Malaysian property developer WZR Property Sdn Bhd, having been ordered to pay US$22 million for previously unpaid sums owed under the contract to the developer.

In a statement, the Maldives state-owned Housing Development Corporation (HDC) has said that it is not feasible to terminate the contract with WZR for a project to build a 25-storey building.

“The corporation was working to avoid an irrecoverable loss to HDC and to find a way forward to continue with the project, said HDC,” Maldivian news site Avas Online reported when citing the Maldives company’s press statement.

Avas Online also reported HDC — which had previously run into financing difficulties for the project — as saying that it is pursuing efforts to obtain funding for the project.

“In this regard, discussions are underway to bring favourable changes to the scope of the project and to ensure that a financial arrangement that does not burden the government or HDC,” Avas Online described HDC as saying.

The HDC’s statement yesterday was written in Maldivian language Dhivehi. WZR today has also provided an English translation of the statement to Malay Mail.

In the English translation, HDC was stated as being in talks with WZR to continue the contract as cancellation of the project would cause losses, with the Maldives company also said to be in talks with the Maldives’ Ministry of Finance and Treasury and relevant authorities to find a solution in relation the adjudicator’s decision over the dispute with WZR.

WZR had been waiting for over two years to receive full payment for some work it had already carried out for the project to build a 25-storey office building for Maldives’ Ministry of Finance, having in May 2018 issued an invoice for payment for progress on the construction work it had done according to a contract with the Maldives.

As part of the process to seek payment from HDC after it ran into funding difficulties for the project, WZR had in September 2019 asked the Asian International Arbitration Centre (AIAC) to appoint an adjudicator to settle the dispute.

Earlier this week, AIAC’s adjudicator John Wright ruled in favour of WZR, saying that the Malaysian company was entitled to seek payment from HDC for the sums due under the May 2018 invoice, while also noting that HDC could not avoid paying WZR for works done as the Malaysian firm had fulfilled its contractual obligations.

WZR executive director Wan Nadzir Wan Mohamad had previously told Malay Mail that the company will be seeking help from Wisma Putra as well as Foreign Minister Datuk Seri Hishammuddin Hussein to ensure that the company is paid by the Maldives state-owned company, in line with the July 5 adjudication decision.