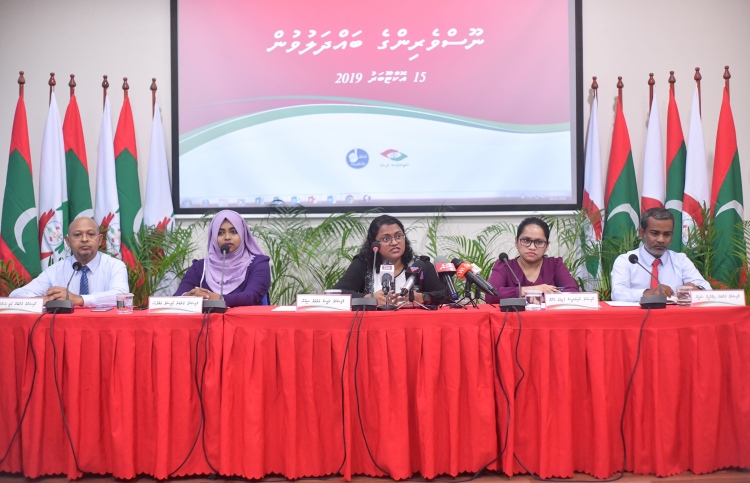 The Anti-Corruption Commission (ACC) announced its decision to reopen the investigation into illegitimate oil trade conducted through the State Trading Organisation (STO) during the presidency of Maumoon Abdul Gayoom.

According to ACC, the investigation was commenced in connection to an issue reported to them in 2011.

Parliamentary representative for Maafannu West Constituency Mohamed Falaah submitted a motion to the parliament on Wednesday, asserting that an investigative report compiled on the oil trade was ‘hidden’ during the presidential term of Mohamed Waheed via bribery.

Former president and estranged half-brother of Maumoon, Abdulla Yameen Abdul Gayoom, was accused of having used STO’s branch in Singapore to conduct black-market oil trade worth USD 800 million during his term as the state-owned company’s chairman.

The scheme reportedly involved purchasing subsidised oil through the STO Singapore-Maldives Company and selling it to the Burmese military junta through an entity called ‘Mocom Trading’.

During the presidency of Mohamed Nasheed, the government contracted Grant Thornton, a global network of firms providing independent audit, tax and advisory services, to conduct the probe into the illegal oil trade.

Speaking during a parliamentary session, Parliamentary representative for Kaafu Atoll’s Villimale’ constituency and former Deputy Attorney General Ahmed Usham stated that Grant Thornton had not finished compiling the final report on the case when the investigative agreement was nullified in 2012.

However, he disclosed that Grant Thornton had submitted information and documents on their investigation to the government under the terms of the ensuing settlement agreement.

ACC confirmed Usham’s statement, noting that the commission had received the documents in question during 2013.

Despite acknowledging the receipt of the documents, the corruption watchdog stated that the case was shelved at the time due to lack of sufficient evidence to conduct an investigation.