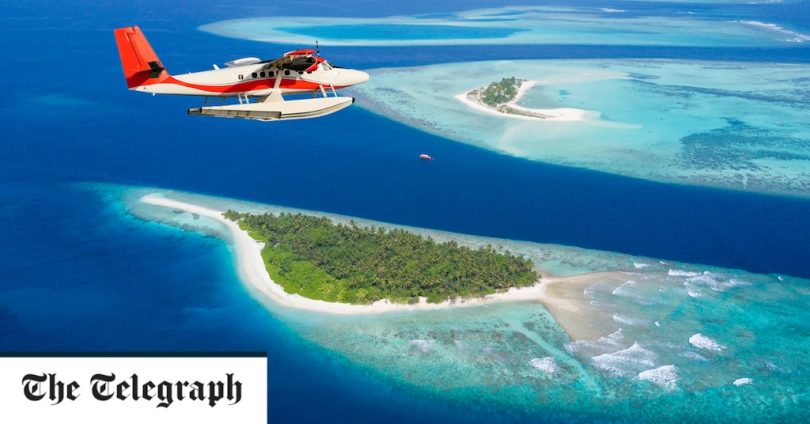 The UK government’s quarantine regulations are illogical and highly damaging

I am writing this from under house arrest. My crime? Visiting an island that has recorded a grand total of zero coronavirus cases over the course of this pandemic. An isolated 778,000-square-mile landmass in the Indian Ocean on which not a single person has fallen ill from Covid-19.

It would be riskier to go to my local supermarket in Essex (not that I’m allowed). Riskier for me, not other shoppers. I present a lower threat to them now, having been on a Covid-free island, than if I’d been mingling with fellow Britons for the last week.

If this was a logical scenario, I, a British citizen from an island nation with the sixth highest coronavirus-related death toll in the world, should have been the one required to quarantine before entering the Maldives, which is 77th on that list with only 28 deaths in total; and I repeat, no cases at all on the island I visited. I certainly shouldn’t be ordered into solitary confinement upon my return.

Yes, I changed planes in Doha to get there, a country with one of the lowest Covid-19 rates in the world, and where 97 per cent of recorded cases have recovered. But it’s an airport; what about all the other nationalities roaming its giant halls, you might ask? That would be too rational a point, given we’re allowed to transit through a number of other airports across Europe without needing to self-isolate afterwards; London Heathrow included, one of the world’s busiest airports for international traffic.

I’m not particularly cross about my house arrest, on a personal level. I live in the countryside alone anyway, and I’ve come to enjoy the perks of working from home. As an introvert, being by myself is no problem; enjoyable even. It was my choice to go on holiday and therefore my responsibility to pay for it with this 14-day stint.

What does make me angry is the fact that the FCO’s ludicrous entry rules are trashing the entire economies of other countries that rely so heavily on tourism, based on entirely nonsensical metrics.

The tourist industry accounts for 60 per cent of the Maldivian workforce and nearly 30 per cent of GDP. The locals I spoke to during my holiday told me that lockdown has cost them and their families dear. Many have understandably struggled to put food on the table. This would be bad enough if there was a legitimate reason for tourists to be shut out. But comparatively speaking, it is one of the safest places in the world to be on holiday right now.

The Maldives reopened to international visitors, with stringent safety measures in place, on July 15. Six weeks later and the FCO still warns against all but essential travel there, making it hard for Britons to get travel insurance, and requires returning citizens to self-isolate for 14 days; something that will put the majority of people off.

I spoke to a Spanish couple who was staying on the same island, Sun Siyam Ohluveli, about the ongoing madness of the situation and they told me they weren’t even up to date on it; they’d deleted all their news and social media apps out of sheer exasperation.

There were many unknowns at the start of this pandemic, and naturally, our government had to plan for the worst-case scenario. But it’s pretty clear by now that we are dealing with, yes, a very contagious virus, and no, not a particularly dangerous one. Indeed, a disease with an extremely low mortality rate – at least 99.9 per cent of the global population has so far survived it. Almost all who fell prey were elderly or already sick.

All we hear about is the number of cases being reported. Of course the more testing we do, the more ‘spikes’ we’ll see. The World Health Organisation concedes that at least 80 per cent of those who have tested positive so far had mild or no symptoms at all. Imagine what that proportion might be if we tested every single member of the population.

You wouldn’t want to do that though, heavens no, not even in the name of science, lest you end up in Luxembourg’s position. This country has by far the highest testing rate per capita (about 10 per cent of all residents), and recently uncovered a large number of asymptomatic cases as a result. What did the UK turn around and do? Remove Luxembourg from its ‘green list’, that’s what. Never mind that more than 90 per cent of its recorded cases have recovered and only 124 citizens have died from Covid-related illness.

Again, if the UK government were being logical, it would look at the results of Luxembourg’s enormous testing drive and take it as more proof that this virus is not very deadly at all. It would admit that Sweden was broadly right in its decision to avoid lockdown; given it has had half the number of deaths per capita than us, and a recession less than half as severe as our own.

Prof Udi Qimron, the incoming head of clinical microbiology and immunology at Tel Aviv University, put it well when he recently told Asa Bennett that governments including ours are simply unwilling to concede that they overreacted to Covid-19, even in the face of the evidence we have now.

“The ongoing destruction due to the inability to admit this mistake, despite the epidemic’s small mortality numbers, is outrageous,” he said. “History will judge the hysteria.”

I’m already judging, as I sit inside, not permitted to take my dog for a walk along the deserted country lane outside my house because I went on holiday to a destination with a 100 per cent Covid-19 safety record.

Places like the Maldives need us to return. It’s about time our government dropped this inane puppet show and allowed us to do so without demanding we lock ourselves away as a result.