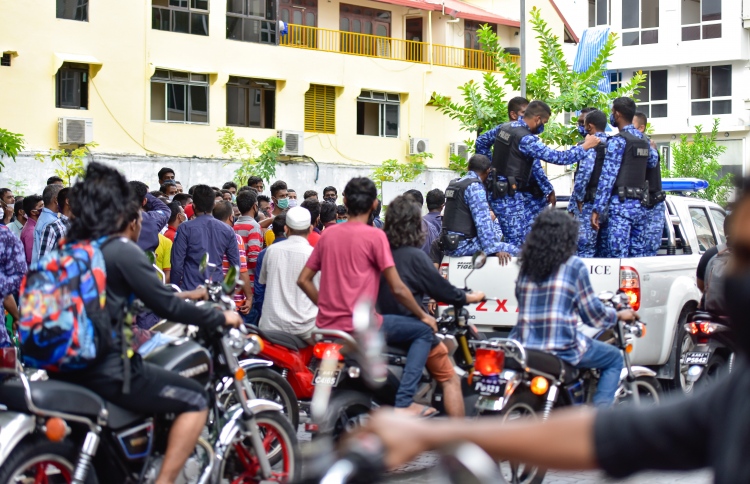 Human Rights Watch (HRW) on Saturday urged the Maldives to drop charges against 80 migrant workers arrested for demanding their unpaid wages in a country otherwise known for its upmarket tourism.

The New York-based group said authorities detained the foreign workers during separate demonstrations against inhumane living conditions and work without pay. “The authorities should drop charges and release all those held for engaging in peaceful protest, and address allegations of human trafficking and other abuses…,” HRW said in a statement.

Workers in the construction sector had not been paid even before the country went into COVID-19 lockdown in March, according to officials. Sporadic clashes erupted since May. Police confirmed they arrested 41 migrant workers at Hulhumale, just outside the capital on July 13. There had been other arrests elsewhere bringing the total number detained to just over 80.

HRW said Male was invoking national security to deflect from its failure to curb abuses against migrant workers. Responding to concerns earlier this month, the Maldivian Foreign Ministry said it acknowledged the “unjust treatment” of foreign workers.