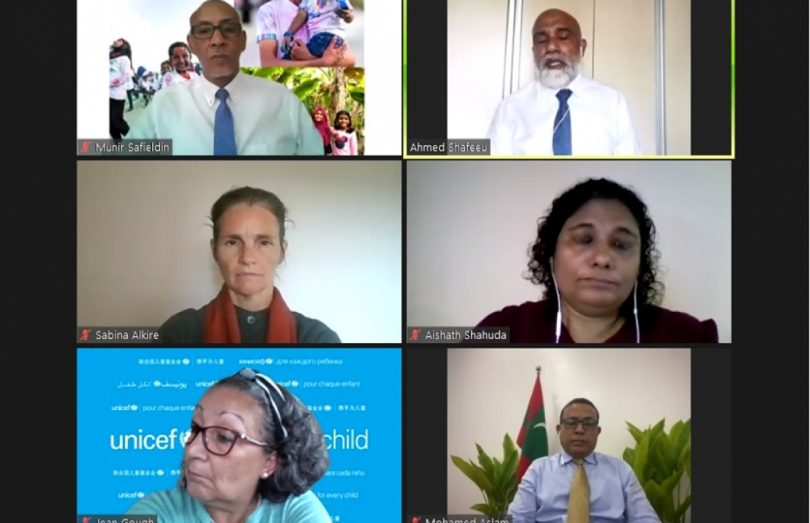 Maldives’ national Multidimensional Poverty Index (MPI) report revealed that 28 per cent of the population falls below the poverty line.

Minister of National Planning and Infrastructure Mohamed Aslam officially launched the national MPI for the Maldives on Thursday.

The national MPI considers eight indicators categorized under three dimensions; living standard, health and, education and information. An individual is considered multidimensionally poor if they are deprived in one-third of these dimensions.

Compared to the 28 per cent considered multidimensionally poor, eight per cent of the population falls below the poverty line according to the Income Poverty Index. The incidence of multidimensional poverty observed to be greater in the atolls relative to the capital city of Male’.

Speaking during the webinar hosted via Zoom to mark the launching, Minister Aslam stated that the MPI report would be utilised to prioritize areas of focus, to attain and enact Sustainable Development Goals and the state’s Strategic Action Plan.

“We will use this document in deciding on the actions we take to reduce inequality and poverty”, he said.

The minister expressed gratitude to the team from the NBS, OPHI Director Sabina Alkeira and UNICEF for their respective contributions.

The Global MPI refers to indicators in health, education and standard of living to determine the level of poverty experienced by a population. To date, 110 developing nations have adopted MPI and utilized custom guidelines to conduct nation-wide assessments.

Director of Oxford University’s OPHI Sabina Alkeira stated that the MPI would aid the government implement integrated policies to address deprivations which are linked.

She also noted that Maldives had reduced multi-dimensional poverty from 70 per cent in 2009 to 42 per cent in 2016/17, thereby halving the figure and attaining the second target of the first SDG.

“I look forward to ongoing collaboration in these important issues to ensure the best possible lives for children and their families in the Maldives”.