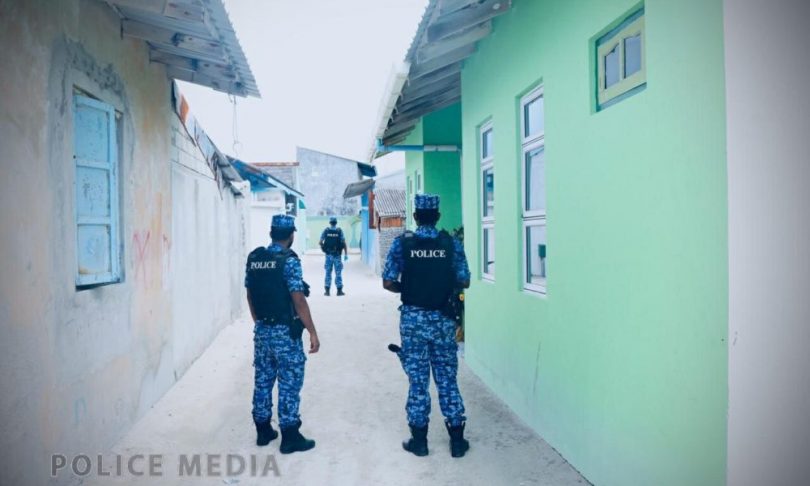 The authorities checked upon 20 children from nine homes in an operation launched on Maduvvari island last week against a separatist extremist group that was depriving women and children of education and healthcare.

Four children were vaccinated after their parents were counselled and one child was removed from her home environment and placed in the care of an aunt, the ministry of gender, family and social services said in a statement on Saturday.

According to police, the girl was taken after her parents refused to vaccinate her or send her to school despite repeated advice by gender ministry officials.

Three men were arrested from Maduvvari after the counter-terrorism operation was launched last Wednesday. The police and military raided seven homes, searched a fishing boat and confiscated electronic devices and documents including fake marriage certificates. The extremist group was suspected of illegally marrying off young girls.

In early December, a 13-year-old girl who was raped and impregnated by a member of the extremist group was taken into state care.

The crackdown in Maduvvari came after the police chief revealed that there were about 1,400 extremists in the Maldives who would not hesitate to kill in the name of Islam.