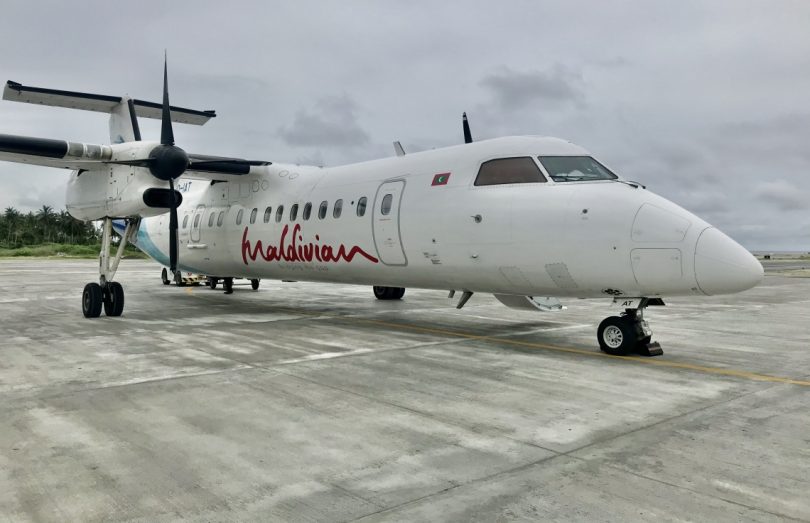 National carrier ‘Maldivian’, on Monday, chartered a flight and brought back a total of 188 Maldivians stranded in Cochin following the Indian government’s announcement of a national lockdown on March 22.

Speaking at a media briefing held by the National Emergency Operation Centre (NEOC), President’s Office’s Undersecretary Mabrouq Abdul Azeez revealed that 117 Maldivians were stuck in India due to the cancellation of commercial flights were safely brought back to the Maldives.

One-way tickets for this chartered flight were priced at MVR 4,086.

The stranded Maldivians were financially supported by state-run Aasandha Company Ltd and National Social Protection Agency (NSPA), which covered the cost of food and accommodation following the closure of India’s airports.

Upon arrival, all individuals aboard the flight were transferred to a quarantine facility in accordance with the Health Protection Agency (HPA)’s Standard Operating Procedure (SOP), which mandates that all incoming passengers to the Maldives, with the exception of tourists, must be placed under quarantine for a 14-day period.

The chartered flight from Cochin to Male’ was Maldivian airlines’ second operation to bring back locals stranded in foreign countries as a result of travel restrictions implemented by numerous governments in response to the pandemic. The first operation was completed on Sunday night, with a chartered flight transporting a total of 100 Maldivians from Colombo, Sri Lanka.

The national airline is also scheduled to charter a flight to Malaysia on Tuesday. However high ticket prices and the procedure of assigning passengers for the flight was heavily criticized by the public criticism.

Acknowledging that there was room for improvement, Mabrouq asserted that efforts were underway to decrease the cost of flight tickets and take further measures to enhance services.

He revealed that, after considering feedback and criticism concerning the first two operations, Maldivian airlines had planned to assign seats on the chartered flight to Malaysia for the first 200 individuals to book tickets online.

The government has assured that efforts are underway to bring back Maldivians stuck in other countries, such as Bangladesh, as well.

The World Health Organization has classified the spread of COVID-19 as a global pandemic. The novel coronavirus has infected over 1,332,100 people and claimed over 73,900 lives around the world. However, out of those infected, more than 277,700 people have recovered.